THE EVOLUTION OF A WRITER 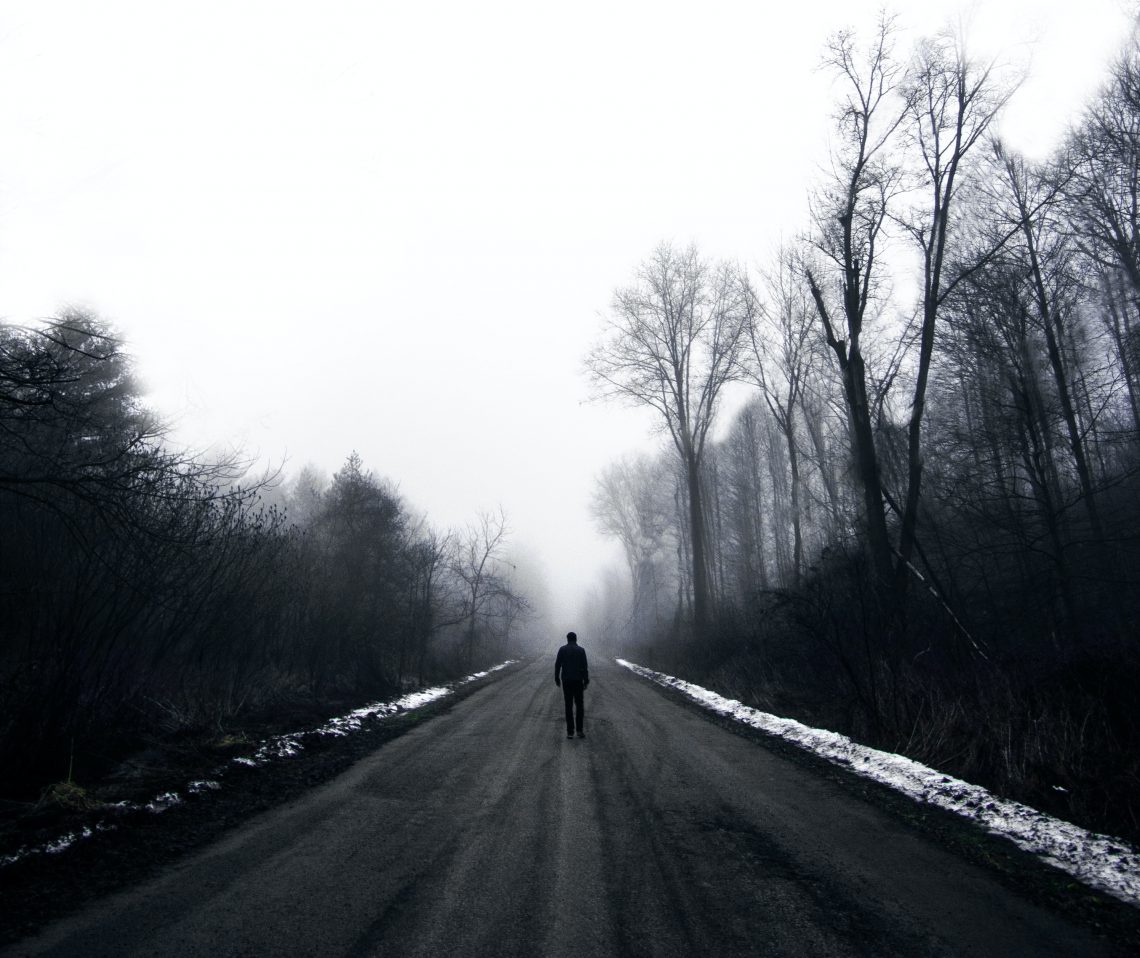 Earlier today, I saw a video from this motivational speaker who used the term Imposter Syndrom. I’d heard it before but decided to look it up, and I realized that it described exactly how I feel about myself sometimes. It’s a paralyzing feeling thinking that you’re a fraud. I think about it every time I sit down to try and write a blog post. Who am I to believe that what I write means anything to anyone else? How am I helping anyone? Is what I write any good? I don’t know that I’m helping anyone or that anyone cares, but I do it anyway. I do it because, at this point, it feels like an itch that I have to scratch, or I will die. At the same time, I resist that itch for a good long time because I become paralyzed with such fear. The struggle is real! I struggle with wondering if I’m really a writer. I struggle with getting out of the cycle that keeps me from living my life the way I want. I struggle with getting stuck thinking that I don’t even have enough inspiration to write something simple. Would a real writer struggle this hard?

Are You A Writer If You Don’t Write?

Recently, I’ve been trying to find ways to help myself as a writer. It’s not been an easy road, and it’s a lot of open land along the way with no rest-stops. You tend to question yourself a lot and wonder if you’re really a writer or just clinging to the idea that you are one. Are you a writer if you don’t write? It’s a notion that I struggle with every day. It seems a little excessive to say every day, but really, it’s pretty much every day.

Each day I get up and get ready for work. Feed the animals, try to feed myself, take a shower, and get ready for 10 hours away from home. I get home, feed the animals, feed myself, and go to bed. You would think that I’d find a decent hour to sit and write or even sit and read somewhere in all of that time. I lay in bed, trying to slip into oblivion, and think about how another day has passed without me doing the things I wanted to do. How do I get out of this destructive cycle? I feel as if there are many of us out there like this, not just writers. There are plenty of people out there not doing the things they want to do in life. Unfortunately, I don’t think there is an honest answer to get around this cycle. At least not one which someone has created that is fool-proof. However, I think I’m willing to give it a shot.

So let’s get down to the real question, are you a writer if you don’t write? Well, I may be biased here, but I’d say, yes, you are. You’ve done it before, you still do it, and you will do it in the future. There simply seems to be a lot of time in between each of those times. The thing about it is trying not to beat yourself up about it. Today I cleaned off my desk, got rid of some junk, messed around on the internet, and then got down to some writing. It’s a rare event, but it happened. The cat is quietly sleeping in one of my chairs, and the guinea pigs hunkered down in their pigloos or beds. My guy is quietly playing games in his office, and the living room is all mine while a playlist of chimes fills the quiet room. Please have a listen; it’s actually very helpful: Windchimes. All in all, I’m going to count this day as a success.

By definition, a writer is a person who writes books, stories, or articles as a job or regular occupation. By my definition, a writer creates and puts together something for others to read. Or, in the case of screenwriters, put something together for others to watch. A writer creates to entertain, inform, document events, and express themselves to the world. Not too far off from Google’s definition, huh? Perhaps a writer is no longer a writer when they actively stop trying to create or grow as a writer.

Getting Out of The Cycle

One of the main topics I keep coming back to is how I will get out of this cycle of not doing the things I want to do. First of all, I think to get moving is to be vigilant with myself and what I need to do. It’s about constantly reminding yourself that you want this, and if you’re going to have it, there are things you need to do to achieve it. For me, it’s finding time to read. I want to be more informed about a topic that I want to write about; I need to take some time to read about it. It doesn’t happen every day, but I try to give myself at least 10 minutes to read, if not more. It’s not much, but it gives me the chance to get going on what I want to ultimately do. Yesterday, I had my personal best. I got through three different books, one for my topic, one for pleasure, and one for writing. It’s all about the small steps. I firmly believe in continuing education and growth in my writing, whether it’s learning about different topics for my work or learning how to improve on my writing.

My next step is to dedicate my weekends to writing at least one thing. A few weekends ago was a dud because of food poisoning, I still don’t know what caused it, but I don’t recommend it. Before that, I was trying something new. It’s a story about witches, and I’m feeling pretty good about it. I’m trying to read as much as I can and do plenty of research. It’s a topic that’s special to me, and I’d rather not mess it up.

Now and then, I think about the other things I’ve been working on, and perhaps I’ll get a bug up my butt to get around to finishing them. Maybe they won’t see the light of day. That’s not the point; the point is that right now, I need to do what it takes to get out of my cycle of not doing anything before I tackle other things. For me, getting out of the cycle might be starting something new that I don’t have any residual guilt lingering around haunting me. For you, it might be picking up projects that were cast away and just in need of a bit of tidying up. The main thing is getting up and doing something.

The Struggle in the Form of Writer’s Block

The other day, my boyfriend was trying to do his work, he’s a 3D Artist, and was definitely feeling the struggle. I’m not sure this came across the same way, but I was telling him that his struggle, I thought, was just like what people think is writer’s block. I’m starting to think there’s no such thing as writer’s block in the way we traditionally think about it. When you struggle to write something, you might say that you lack inspiration, you’re just not feeling it right now, it’s writer’s block. It’s not. You struggle to write because something else in your life isn’t right. It might be that you’re putting off doing something else, maybe you fought with someone close to you, or perhaps you haven’t had a breath of fresh air all day. The point is that just like my boyfriend, when you’re stuck and struggling, it’s more than needing to step away for a while. It’s that you need to fix something else going on with you. It’s being unable to come to your work fresh-minded and open to creating because there is something else in your life keeping you from it. What he struggles with, I suspect it’s what I struggle with too.

For me, the struggle comes to me in the form of fear; see where I’m circling around with this? It’s easy to say that I’m stuck because of writer’s block, but in my case, it feels more like fear. It keeps me in the cycle of putting writing off, questioning my status as a writer, and here we are, a blog post started weeks ago, just barely seeing the light of day. My advice to you and myself is to try and adjust things in life and fix the things holding everything back. Conquer the fear and break the cycle any way possible or get stuck in the roundabout of life.

So would a real writer struggle this hard? You bet they would. No one is free from it, and anyone who says otherwise, in my opinion, is not being honest with themselves.

My name's Virginia, and I am an evolving writer. I've been a storyteller all of my life and been a writer for half that time. My greatest dream, as a writer, is to create something that will have emotions running high and then completely devastate readers to the point that they need to read more to help soothe themselves. I'm passionate about displaying my evolution as a writer and providing a space for others interested in writing to come and be a part of that evolution. 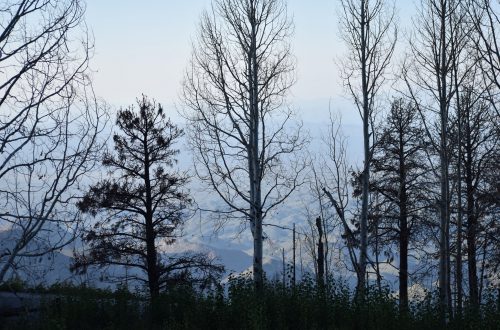 One Step At A Time

This site uses Akismet to reduce spam. Learn how your comment data is processed.

This website uses cookies to improve your experience while you navigate through the website. Out of these cookies, the cookies that are categorized as necessary are stored on your browser as they are essential for the working of basic functionalities of the website. We also use third-party cookies that help us analyze and understand how you use this website. These cookies will be stored in your browser only with your consent. You also have the option to opt-out of these cookies. But opting out of some of these cookies may have an effect on your browsing experience.
Necessary Always Enabled
Necessary cookies are absolutely essential for the website to function properly. This category only includes cookies that ensures basic functionalities and security features of the website. These cookies do not store any personal information.
Non-necessary
Any cookies that may not be particularly necessary for the website to function and is used specifically to collect user personal data via analytics, ads, other embedded contents are termed as non-necessary cookies. It is mandatory to procure user consent prior to running these cookies on your website.
SAVE & ACCEPT